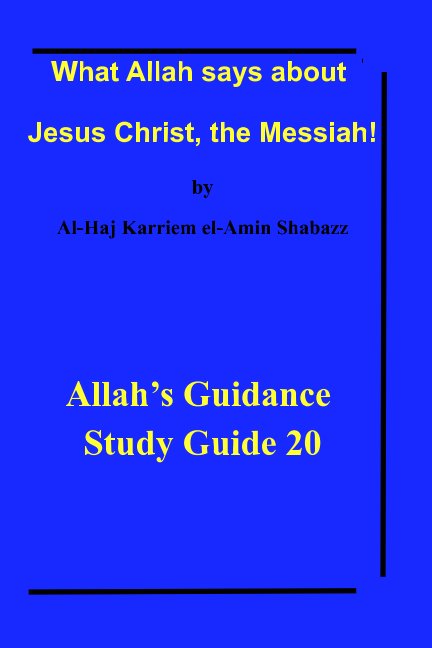 What Allah says about Jesus Christ, the Messiah!

From his cradle to his ascension, Jesus harshly criticized the Saducee and Pharisee for their evil deeds. He exposed the hypocrisies of their scholars, and jurists. He warned the whole community of the consequences of their moral degradation, and they turned against him. Instead of accepting his message and making sacrifices for the cause of Allah, and reforming their evil ways, these shameless, corrupt criminals resorted to all sorts of dirty tricks, and devilish designs, to suppress the voice of Truth.

The ways of wicked communities are universal. They cannot, and do not tolerate a person who criticizes them for their evil ways, and prohibits unlawful things. Remember Malcolm, Medgar and Martin? Remember Huey Newton, Bobby Seale and Fred Hampton plus countless names we’ve forgotten? Such people, even though, they are not Prophets of Allah, have always been persecuted, imprisoned and slain by the wicked people in power. Evil people are absolutely unprepared to tolerate the existence of those who scold them for their corruption, and seek to prevent them from evil. Hence the reformers, including Prophets, who arise among corrupt nations, are always persecuted. They are imprisoned and even put to death. They had killed a succession of Prophets, and were out to shed the blood of all those, who invited them to righteousness and moral rectitude. Thus, it is clear that Jesus, Moses, Muhammad and all the other Prophets (PBUT) had one and the same mission.

Still struggling after all these years.