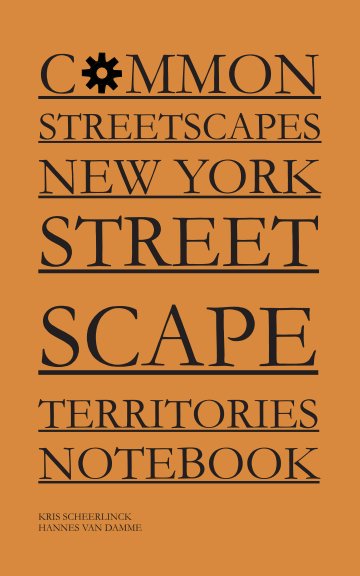 During summer and fall 2014, an international collaboration research and design project was set up in New York, called Common Streetscapes, The Low Countries and New York, consisting out of a series of workshops, seminars, round table discussions and site visits with students, professionals and academics of Flanders, The Netherlands and New York. During these activites, different expertises and approaches related to the reading and design of collective spaces were put together and tested by focusing on Coney Island, Brooklyn New York.
During summer 2014, following previous research projects and workshops in Williamsburg and Gowanus in New York, an international 10day hands-on transdisciplinary workshop was organised about Coney Island, working with local communities of Kaiser Park, a public park situated at the interior side of Coney Island. Local students and teachers of Pratt Institute New York and Partnerships for Parks, a joint program of Parks & Recreation New York, together with some local stakeholders joined the project besides the delegations of KU Leuven (Faculty of Architecture, campus Sint-Lucas Ghent and Brussels) and TU Delft. Around twenty participants from different European countries discussed and proposed ideas of how to deal with its future streetscapes and waterscapes in this part of the metropolis of New York. The workshop was supported by the Flemish and Dutch Government representatives in New York.
Later, in fall 2014, a research and design seminar was organised to follow up the initial outcomes of the workshop and discuss, this time with panels of invited experts from U.S., the main topics that define the reality and future of Coney Island. At the same time, this seminar was the starting point for a master dissertation design studio, conducted at KU Leuven, Faculty of Architecture, International Master of Architecture and a design studio at TU Delft that was finalised at the end of spring 2015.

Streetscape Territories is the name given to an international research project that focuses on the transformation of the urban fabric and considers its streetscapes the protagonists. The research deals with the way architectural artifacts, open space, the property structure and its inherent accessibility and permeability configure streetscapes and how their inhabitants can give meaning to them. This project focuses on models of proximity within a street, neighborhood or region and starts from the assumption that urban space, from the domestic scale till the scale of the city, can be understood as a discontinuous collective space (de Solà-Morales, 1992), containing different levels of shared use that are defined by multiple physical, cultural or territorial boundaries (Scheerlinck, 2013): how do people and buildings relate to each other and how does it contribute to the local identity of the built and social environment.