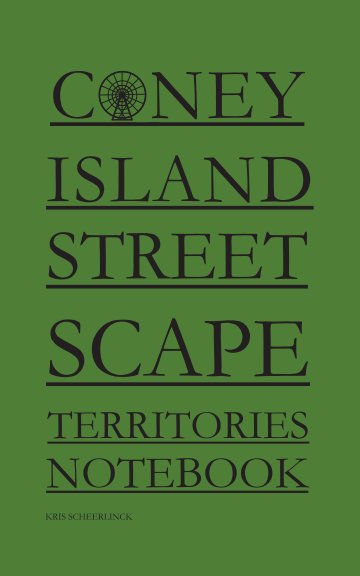 Coney Island is more than a remote area of amusement parks and nice beaches: it is an intriguing urban peninsula with a rich cultural heritage, where many communities coexist and face rather uncertain scenarios for the future. Since Rem Koolhaas described Coney Island’s historic role in the development of New York (Koolhaas: 30), some new challenges define the inhabitant’s daily life and future. Starting from the increasing number of storms attacking the area’s waterfronts, the ongoing rising sea level, the aftermath of the financial crisis and its effect on investments and real estate projects in the area, the decrease of productivity, the changing immigration waves or new patterns of the way urban space is planned and consumed, Coney Island has definitely changed a lot during the last decades. Corporate political agendas neglected the real potential of the area during decades, exclusively focusing on rezoning to consolidate or expand commercial or leisure activate in the area. Superstorm Sandy, and the following public discussion on how to reconstruct the area’s infrastructure, facilities and housing park in a resilient way, put Coney Island on the map again even if the future is still very unclear. This set of multiple challenges for this area was the starting point of a research and design project, focusing on the meaning and role of streetscapes in Coney Island, that was used as a conceptual framework for a Master Dissertation studio of Architecture and a linked international workshop during summer 2014. In the research project and its linked academic activities, many actors were involved in these activities, from the inhabitants till local real estate promoters, policy makers, design and planning professionals and academics. First, the research project tried to map the area’s accessibility, productivity, qualities and threats of its collective spaces, to disentangle the urban complexity.
Website van auteur
https://streetscapeterritories.wordpress.com

Streetscape Territories is the name given to an international research project that focuses on the transformation of the urban fabric and considers its streetscapes the protagonists. The research deals with the way architectural artifacts, open space, the property structure and its inherent accessibility and permeability configure streetscapes and how their inhabitants can give meaning to them. This project focuses on models of proximity within a street, neighborhood or region and starts from the assumption that urban space, from the domestic scale till the scale of the city, can be understood as a discontinuous collective space (de Solà-Morales, 1992), containing different levels of shared use that are defined by multiple physical, cultural or territorial boundaries (Scheerlinck, 2013): how do people and buildings relate to each other and how does it contribute to the local identity of the built and social environment.

Good Things on
the Way

Watch your email for news and exclusive offers.

Get access to exclusive email
offers when you join the Blurb
book-making community.